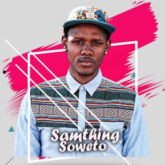 Samkelo Lelethu Mdolomba also known as Samthing Soweto is a musician from Soweto, a township in Johannesburg South Africa. Samthing Soweto started his career as one of the founding members of the South African acappella group The Soil. The group released their self-titled debut album in 2011, under record label Native Rhythms. Samthing Soweto dismembered from the group, however is honorably credited for his outstanding vocal appearance, co-writing, composing and producing 8 of 11 songs on their multi-platinum selling album The Soil.

His first solo project was an independently released EP titled This n that without tempo, which featured a tribute to Mama Miriam Makeba titled Peace N Lovely Things. His genre sound has been described as “Pantsula culture meets New Wave World at Amsterdam’s Paradiso and then proceeds to dingy Soweto or Bulawayo shebeens like the South African sounds of Marabi, Isqathamiya, Imbube, American doo-wop or the early Trenchtown Wailers; in HD.”[citation needed]

Samthing Soweto is also known for his appearance as front man for Nu jazz band The Fridge[1]” under record label Motif Records. The band consisted of Samthing Soweto on vocals; drummer, Ade Omotade and bassist Muthusi Thusi. The band gained local success playing as the house band at “The Loft” in Melville Johannesburg as well as local shows and festivals.The Fridge have also made television sighting on acclaimed music shows such as Espresso. Their EP Bass Drum & Sam was released online in 2011. The Fridge disbanded in 2015 due to two members of the trio relocating, Thusi to the USA and Ade to Nigeria.

Samthing Soweto also appears as collaborator and producer on a South African poetry Album I Am Not Going Back To The Township released in 2013 by Makafula Vilakazi. The album uses the local dialects (Zulu, Sotho and Tsotsi taal) of the township to communicate and discuss matters of class, poverty, literacy as well as life for a black man in modern South Africa. The LP was released in a sold out theatrical show at the Soweto Theatre.

He also appeared on several features including the Single Broke People with Tumi Molekane Tumi from the V as well as RnB and Soul singer Kabomo’s] album All things grey on the song titled Things We Can not Hide.

Eb’suku is a 5 track EP by Samthing Soweto, released on itunes as well as Bandcamp in 2014.

The successful release of the EP was followed by a headlining appearances as a solo act at the annual internationally acclaimed Joy of Jazzfestival in 2014, representing the”Sounds of Democracy”. In the same year he also earned himself a spot on the “Rocking the Daises” Festival stage in Cape Town.

Samthing Soweto’s music has featured on South African television shows such as Isidingoas well as Big Brother Mzansi, he also graces the title sequence for the popular tv series “Rhythm City” and also appears on the Soundtrack for the movie “Othello burning”.

Samthing Soweto’s composition Joy with the Soil, earned a placement in a popular television commercial with the international Candy Company Cadbury.

Samthing Soweto’s appearance in 2015 was on the Coke Studios[4] (South Africa) along side international sensation Spoek Mathambo and Shane Cooper Card On Spokes.

His 2016 releases include “Thanda Wena” and “Ubhukhazikhazi” released on Soundcloud 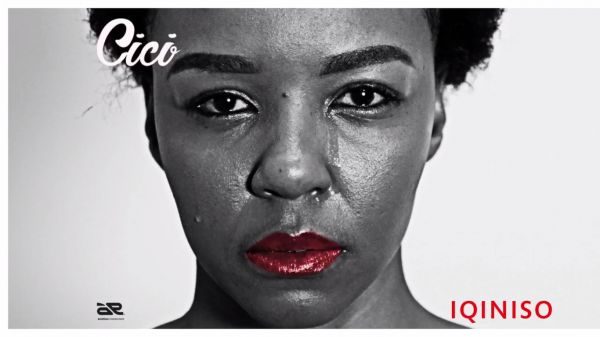