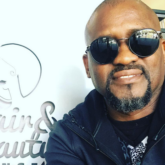 In May 2003, Ringo Live was recorded at the State Theatre in Pretoria and released in both DVD and CD format in August of the same year. The Ringo Live CD has sold an excess of 150,000 units, reaching multi-platinum status with the DVD selling over 60,000 units.