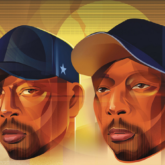 They emerged into the spotlight with the release of their third album The Journey in 2002, supported by the hit single Vhavenda, it was recognised as the Best Selling Release at the 2003 South African Music Awards. Since then, they have released a further twelve albums at a rate of close to one per year, achieving some degree of commercial and critical success.