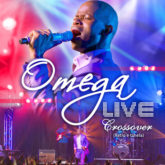 Omega Khunou,  born in Rustenburg and grew up in Koster (North West) in a family that serves God, my father is a pastor of a church called Reconciliation Fellowship ministry, that’s where I discovered the talent that God gave at an early age of 10. My singing started in the church (Sunday school) and I grew with it to the youth choir and again in the school where I was attending.

In 2001, God made a way for me to come to JHB where I went to Funda College in Soweto to study and know more about my career.

In 2003 I did an album called MESSIA and again in 2007 I did a second one called WALK IN THE LIGHT with a record company called DO-Jam production under Dodo Monamodi.

By God’s grace I’ve been to places like Holland, Lesotho, Botswana and other provinces around South Africa to perform there and I have been on stage with South Africa’s greatest artists.

2010 February, I got a call from Dr Oupa Montshiwagae from Spirit Music and he asked me to visit the church that he is pasturing in Kagiso (Krugersdorp) called New Life Changing Bible Church, I fell in love with his church and I then joined his music team and by that God opened a door for me through Dr Oupa Montshiwagae, to even record with Spirit of Praise Volume 3 with the song called Hayo Ya Tshwanang le Wena.

And from there I have working with Kgotso Makgalema and Zaza as a back-up singer.

And by the grace of God, Spirit music directors Mr Aubrey Peacock and Dr Oupa Montshiwagae saw the potential and talent in me and they gave me an opportunity to record a debut album that is so powerful called HAYO that is now out to all music stores and it is doing well.