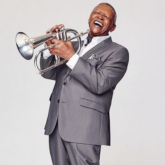 Born on April 4, 1939, in Witbank, South Africa Hugh Ramapolo Masekela has been on a musical path whose eclectic alchemy includes samba, mbaqanga, kwela, funk, marabi, rock n roll, jazz, afrobeat, rhythm & blues, musical theatre, Motown, rap, reggae, township jazz, an assortment of traditional African music, and apparently knows no end. Picking up the trumpet at 14, famously after seeing Kirk Douglas in “Young Man With A Horn”, receiving a trumpet from Louis Armstrong, Hugh Masekela, along with Jonas Gwangwa was a founding member of the Father Huddleston Band and The Jazz Epistles, participated in Albert Herbert’s “African Jazz And Variety” (1956), was part of the “King Kong” orchestra, and played with some of the finest dance bands of the day, including those led by Zakes Nkosi, Ntemi Piliso, Elijah Nkwanyana and Kippie Moeketsi.

Following the Sharpeville Massacre of 1960, and with the help of Miriam Makeba and Harry Belafonte, Hugh left South Africa attending first the Guildhall School Of Music in London and then the Manhattan School Of Music in New York where he met his longtime producer, partner and friend Stewart Levine. By 1963 Bra Hugh had recorded his first solo album “Trumpet Africaine”, although it was his 1965 live Village Gate set “The Americanization Of Ooga-Booga” that lit a flame with an audience equal parts hippie and hipster and led to his move to Los Angeles. Establishing a sound that was equal parts Africa and The Americas, Hugh released a series of seminal recordings, that included the Caiphus Semenya-penned and Masekela concert classic “Ha Le Se Li Di Khanna”, the Procol Harum’s “A Whiter Shade Of Pale”, Miriam Makeba’s “Bajubula Bonke” and his summer of ’68 smash hit “Grazing In The Grass”. All this while rubbing shoulders with the likes of Jimi Hendrix, Sly Stone, David Crosby, Miles Davis, Dennis Hopper, Gram Parsons, Peter Fonda and other counterculture luminaries of the 1960’s.

The 1970’s saw Hugh’s oeuvre take a spiritual, then physical turn to Africa with recordings like “The Union Of South Africa”, “Home Is Where The Music Is”, “Introducing Hedzoleh Soundz”, “I Am Not Afraid”, “The Boy’s Doin’ It” and “Colonial Man” giving us songs like “Johannesburg Hi-Lite Jive”, “Languta”, “Stimela”, “Rekpete”, “Ashiko”, “In The Marketplace”, “Nomali”, “The Boy’s Doin’ It”, to name just a few. In this time Hugh also brought James Brown to Liberia, and, with Stewart Levine, created the Soul Power concert that accompanied the Muhammad Ali-George Foreman “Rumble In The Jungle”. 1984 found Hugh with the dance hit “Don’t Go Lose It Baby” introducing him to a whole new generation of listeners. In 1987, along with Miriam Makeba and Ladysmith Black Mambazo, Bra Hugh was part of Paul Simon’s world-shaking Graceland tour, having penned the Mandela anthem “Bring Him Back Home”. Hard on the heels of Graceland came Sarafina!, the Broadway and film musical that Hugh co-created with Mbongeni Ngema.

Following the release of Madiba, Bra Hugh returned to South Africa and in 1991, in celebration of his return he headlined the Sekunjalo! Tour with Sankomota and Bayete. Settling into life in a new South Africa he has maintained a perpetual schedule of local, continental and international recordings and appearances with local concert favourites like “Thanayi” and “Khawuleza”, as one of the co-creators of the 10 Years Of Freedom celebrations, performing at the FIFA World Cup Kickoff Concert in 2010, performing at the first International Jazz Day Concerts in 2012 in Paris and New York with former Manhattan School Of Music classmate Herbie Hancock, and the release of his autobiography “Still Grazin”.

Turning 75 this year, Hugh Masekela is as vibrantly relevant and as exceptional today as he was half a century ago. 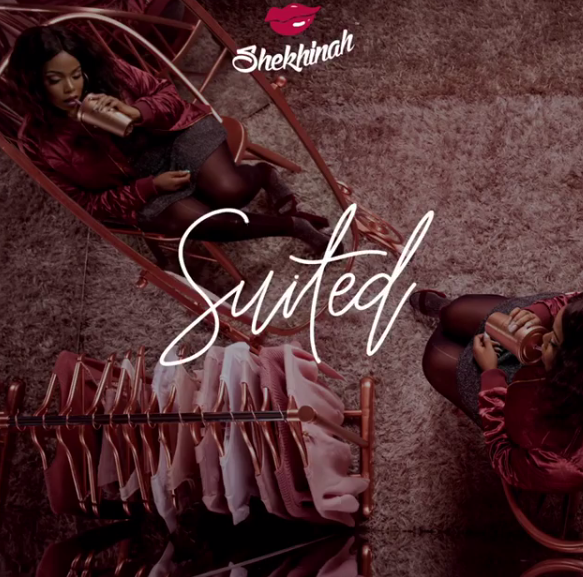 Lyrics For Suited By Shekhinah Suited for each other yeah Don't try to move me from my lover yeah Suited...