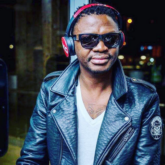 Dj Bongz  is a is Household name in the South African Music circles His real name  Bongani Dlamini, born and bread at KwaNdengezi Pinetown. He has won a best dance compilation award at the Metro Fm Awards. He is the only SA DJ to sell double Platinum that is over 88 000 copies sold for each album. He has also sold Gold which is 22 000 copies

He received a South African Music Award nomination for the best dance album.
One of his famous song “thina Sobabili, was voted Song of the year on SABC uKhozi FM. And the following year “Sobuye Sbonane” was the runners up on the song of the year. Dj Bongz has attracted fans from all over the world, which he has been playing in Australia every year from 2010 to date.

He has also toured all England cities. He will be performing in China this year at Club Rock Café, which is one of the biggest clubs in the world. He is currently the house hold name in Africa and abroad.