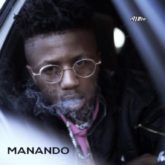 Manando is an album by Emtee which was released on 15 September and is a 20 track offering under Ambitious Entertainment. The album features acts such as Tiwa, Sjava and Saudi. Some of the popular songs on the album are Corner store, Me and You and Ghetto Hero. Get all Manando album lyrics on Kasi Lyrics